Yesterday I had the chance to try the newly released Krug 2002 vintage, along with a group of top sommeliers and chefs, many of whom are Krug ambassadors. One of the last, if not the last, major house to put its ’02 offering on the market, the expectations were high. The wine isn’t a disappointment. Subtle, gentle, harmonious, it has that indefinable quality, that extra dimension, lift and intensity that only the top vintages in Champagne offer with a silky texture and long finish. To put the new wine in context after a mandatory glass of Grande Cuvée, the current release based on the 2007 harvest and 163rd version of Krug’s flagship wine (we were told for reasons that later became clear), we first had the chance to sample the 2003 vintage initially launched at the start of 2014. As 2003 was the earliest and hottest harvest in Champagne since records began, at launch it was a major surprise to see how fresh this Krug’s wine was. Something weightier was expected.

At the time head winemaker Eric Lebel accurately compared it with an ’88 style vintage, not warm sunny years like 1976 or ’59. His explanation was a higher than usual 25% of Meunier in the blend, a crop picked late in October from Marne Valley vines earlier damaged by spring frosts – most of the 2003 harvest took place in August – that did retain good acidity. Today it has opened up, seems more obviously in the Krug family and shows the typical richness of the vintage with an attractively creamy texture, nicely balanced by the freshness that remains. 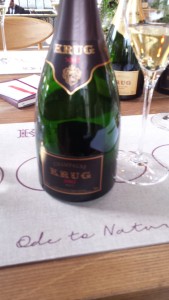 The logic of releasing it first, out of sequence, just as Krug did with the reticent ’88 that followed the richer more forward ’89, is now clear as it has become more evolved. That the 2002 seems already complete and attractively drinkable at initial launch is a tribute to the balance and the quality of the vintage. However it’s a wine you’d be happy to have in your cellar in a decade’s time when more of its riches will undoubtedly be revealed. 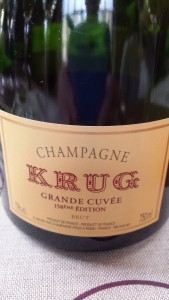 To follow the main event – the 2002 – we were treated to the version of Grande Cuvée that Lebel bottled in 2003, also based on the 2002 harvest. This was sublime. Living proof for any doubters that fine, multi vintage champagne can age for a significant time, gathering many nuances of complexity, especially if it’s Krug. It was interestingly, the third of three different consecutive blends of Grand Cuvée – 2000, 2001 and 2002 based — shown in the first comparative tasting of its kind in London in December 2010. At that time, in an effort to distinguish them, they gave them names and there were dubbed: ‘Memoires’, ‘Finesse’, and this ’02 based wine ‘Savoir-faire’.

While this last name certainly seems appropriate, in future from the 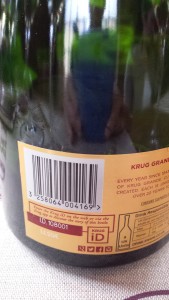 next release of Grand Cuvée based on the 2008 harvest it won’t be necessary, as the wines will be given an ‘edition number’ and the first, to be released towards the end of 2016, will be No 164, that is the 164th such blend the Krugs have elaborated. 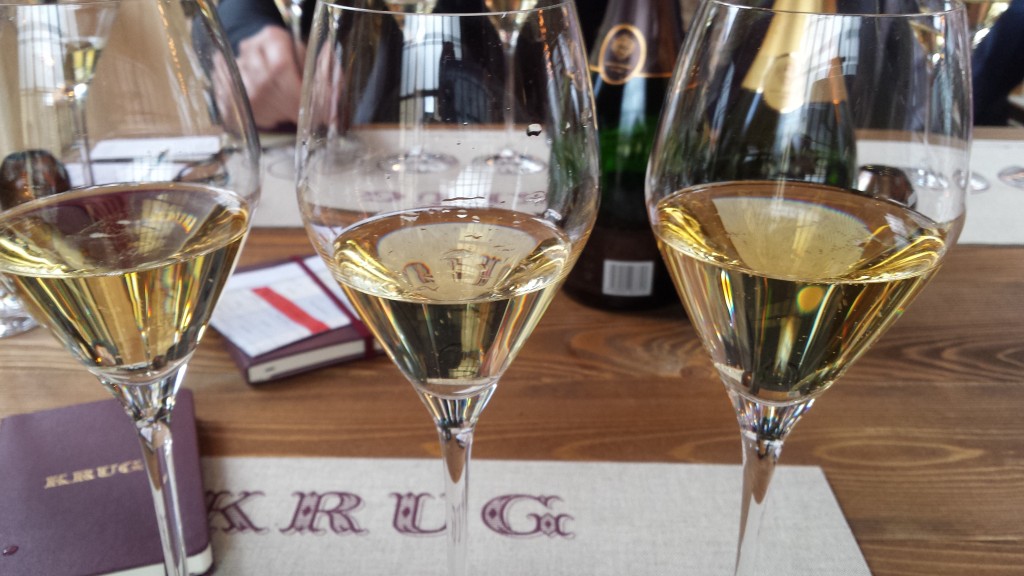